Othus Vice
Welcome to the Vice!

Join the forum, it's quick and easy
Othus Vice
Welcome to the Vice!
Othus Vice
Would you like to react to this message? Create an account in a few clicks or log in to continue.

(My fist Fan-fic on Anime Vice. Since the Vice is shutting down, I thought of posting it here)


Zebra: You sure make a big racket for small-fry!
Vegeta: Nobody told me about this race!
Where is Kakarot?
I'll give him a birthday present once and for all!
Zoro: Who are you supposed to be, bastard!
Zebra: Cut the crap!
Vegeta: Well, you two seem to know how to fight!
Zoro: 108 Caliber Phoenix!
Zebra: Sound bazooka!
Vegeta: Galick gun!
Attacks clash, and destroy the camera.
Vegeta: Well, you know how to fight! Congrats brats! But to me you're still infants!
Zebra: Tch, cocky bastard!
Zoro: I'll cut you up!
One sword style: Lion's song!
Vegeta evades by jumping high in the air, and Zoro slashes Zebra.
Zoro: Dammit! I missed him!
Zebra: Cocky bastard! Now it's personal!
Voice missile!
Voice missile hits Zoro and launches him about 30 meters.
Zoro swears something and gets up.
Vegeta appears behind Zebra and kicks him in the back.
Zebra: Bastard! I hate cocky people like you! I can't stand them!
Zebra gets angry and a giant appetite devil appears behind him.
Vegeta: What kind of monster is that? Never mind that!
I'll show you the power of a Super Saiyan!
Vegeta powers up and creates a giant golden aura, and his hair gets golden too.
Zoro: What kind of monsters are these guys?!
Zebra and Vegeta stare ate each other
Zebra hears something
Zebra:Huh!?
Zebra turns his head to the right
Vegeta: What the hell!? Are you mocking me?!
Zebra: You bastards have wasted my time! The race is over!
Toriko already won!
Vegeta: Toriko!? Ha! Don't make me laugh!
It is Kakarot who has won!
Zoro: You're both wrong! Luffy's the one who won!
Zebra turns around and walks away from them.
Zebra: This is boring. I'm getting hungry!
Vegeta: Ha! Like a worm like you could hunt down anything!
Zoro: Well see about that. We will meet here in one hour.
Who catches the biggest catch wins.
Zebra: Humph! Fine by me!
Vegeta: Hahaha! You two don't stand a chance!
Each walk in a different direction.
Zoro starts wandering through the jungle.
Zoro: Wait, from which direction did i came from?!
Suddenly, he encounters a wild beast.
Manpukuhihi- capture level 44
Zoro: Alright! This guy is pretty big!
Manpukuhiki wakes up, and attacks Zoro.
Zoro: Man, this guy is grumpy! I better finish off quickly!
Kyutoryu-Ashura: Ichibugin!
With a single attack Zoro slashes up the beast.
The he tries to lift it
Zoro: This guy is heavy!
Then suddenly, an explosion occurs.
Zoro runs towards the explosion.
He finds Zebra standing around 50 meters from a Breath dragon.
Zebra: What the?! This bastard belongs to the Gourmet world!
Zoro: Lookout!
Breath dragon fires it's breath cannon.
Zebra and Zoro were about to get hit when suddenly a blast appeared and countered the breath cannon.
Vegeta: You're so pathetic!
Zoro: ...
Zebra: That bastard is getting cocky!
Breath dragon starts firing it's breath cannons at high speed.
It hits the trio.
Vegeta goes Super Saiyan and he tries to tackle the creature.
When Vegeta gets near it, Dragon fires it's cannon and hits Vegeta.
The same happens to Zebra and Zoro.
Zoro: Dammit!
Zebra: That cocky bastard!
Vegeta: Can you two distract him?
Zebra & Zoro: Huh?
Vegeta: there is an attack that can take him down, but it takes me some time to charge it.
Zoro: Count on us!
Vegeta jumps i the air, powers up and spreads his arms.
Breath dragon sees him and tries to attack him.
Zoro: Over here! 36 Caliber Phoenix!
It hits the dragon and it flinches in pain.
Zebra: Sound Bazooka!
How do you like that, cocky bastard!
Breath dragon shoots it's cannon at Zebra and Zoro, and blows them away.
Vegeta: It's ready!
Zebra: Voice missile!
Zoro: 108 Caliber Phoenix!
Vegeta: Final Flash!
The three attacks combine and obliterate the Breath dragon.
Zebra: You bastard! You fried it whole!
Vegeta: Like you didn't do the same!
Zoro: We did that because YOU told us to do so.
Meanwhile, on a diffrent part of the island
Goku: Bulma, where is Vegeta?
Luffy: Yeah, and Zoro's missing too!
Toriko: I haven't seen Zebra in a while either!
Zoro: 108 Caliber Phoenix!
Zebra:Sound bazooka!
Vegeta: Galick gun!
Goku: What!? They're still fighting!? 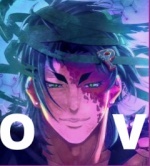 Thanks! There will definitely be more of them!